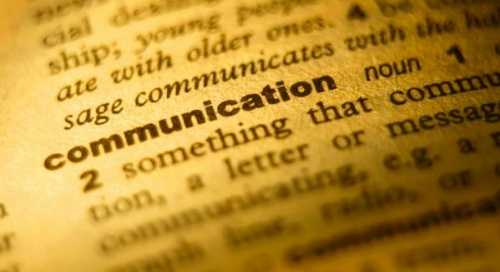 “Perhaps there’s an additional category you could consider for anecdotes — something like “Spokesperson Spin”, or “Bubble Euphemisms”. The linguistic contortions we’ve been subject to over the months and years have been quite something. And after all, language is the primary tool that the RE industry, the banks, etc, have been using to promote their version of things. “Unsexy” and Doug Porter’s “bumpier” are obvious euphemisms. Referring to Yaletown as a “borough” is obvious spin. Regarding your question of how a ‘Discretionary Seller’ might or should feel about these types of pronouncements in the MSM, I’d say the greater the linguistic dissembling, the greater the urgency to believe the exact opposite and act accordingly.”
– Froogle Scott at VREAA 21 Dec 2012 9:02am

Great idea, Froogle Scott.
Let’s collect examples here, we’ll reference this post by sidebar graphic, and by the new category ’29. Bubblespeak’.
Please submit examples by commenting below or via e-mail.
Anybody finding examples in prior anecdote posts, please bring to our attention.
Some words and phrases we may have to debate. Does ‘Vanhattan’ count?
Let’s begin:

“Balloon” – [euphemism for speculative mania; idea that market can deflate in a controlled fashion; see also ‘soft landing’]
“In our view, the national housing market is more like a balloon than a bubble. While bubbles always burst, a balloon often deflates slowly in the absence of a pin.” – Sherry Cooper, BMO economist, 31 Jan 2012

“Breaking Through In Thought Leadership” – [over-reaching optimism, with a twist of Orwell]
“This is a game-changer for Vancouver. We’re known as a world-class tourism destination but this shows we’re breaking through in thought leadership. I’d like to explore how we can best leverage the opportunity to vault Vancouver into the spotlight and endear us to the leading thinkers who come here.” – Mayor Gregor Robertson, commenting on Vancouver buying the TED conference, March 2013

“Bridges” as in “It’s all about the bridges!” – [method of suggesting RE supply limitations]
see also: “Running out of land”

“Bubble Fatigue” – The process whereby a person who has concerns about the market being overheated gets tired of those concerns, and is thus freed up to buy. Coined by economist Benjamin Tal, March 2013

“Bubble Hyperbole” – [term used to refer to any bearish argument, and thus off-handishly disregard it, without addressing any of the fundamental bearish facts]

“Building Equity” – [euphemism for buying into a very overpriced market]

“Bumpier” landing – [euphemism for ‘hard’]
“I don’t know that I’d call it a hard landing in Vancouver, but it’s definitely a bumpier landing than most cities in Canada are going through right now.” – Doug Porter, BMO economist, 18 Dec 2012

“Buyers’ Market” – [term used to describe anything other than a red-hot, double-digit-gain-per-annum market; any market where buyers don’t have to physically fight with other buyers to submit a bid]
“The BMO report described Vancouver.. as a buyers’ market — where supply markedly outstrips demand and dampens asking prices.” – ‘Vancouver a buyer’s market as home sales, prices fall’, The Province, 16 Nov 2012
[To clarify: A true ‘Buyer’s market’ emerges when a buyer gets good, or at the very least reasonable, value for his or her money.]

“Cautiously Optimistic” – [CYA statement; usually used along with arguments that are all optimism and no caution]

“Confusing” as in “too much inventory is confusing for buyers” – [in the guise of trying to be helpful to buyers, a suggestion that attempts should be made to manage the market]
“..their agent should discuss their motivation to sell and suggest.. cancelling the listing. That would reduce the inventory and be less confusing for the buyers.” – Maggie Chandler, real estate salesperson, 19 Apr 2010

“Constructive Evolution Of Imbalances” – [household debt increasing at a slower rate; the tap on the brakes that presages a housing price crash]
“With a more constructive evolution of imbalances in the household sector, residential investment is expected to decline further from historically high levels.” – Bank of Canada statement, March 2013

“Escape Velocity” – measure of the amount of newly concocted liquidity required to allow Canadian RE to cast off the bounds of gravity and remain afloat; coined by BOC Gov. Mark Carney

“Flat” market – [euphemism for a market that is falling]

“Good Debt” – [the idea that some indulgences are less sinful than others; see also venial, mortal and original.]

“Markets are set by supply and demand” – [tautology; used to rationalize any price level, no matter how high]

“Mortgage Helper” – [euphemism for buying a multi-unit dwelling, living in one of the units, taking on a second career as an untrained landlord, and all the time pretending you live in a ‘single family’ home]

“No Free Lunch” – [method of disarming any argument suggesting prices are too high by suggesting that the proponent is wanting preposterously cheap housing]
related: “They aren’t going to buy a home in Vancouver for 50 cents on the dollar” – Cameron Muir, BCREA economist, G&M, 2 Jan 2013 [in this case, subject used ‘free lunch’ technique, but ended up with surprisingly accurate price target]

“Overly exuberant” – [euphemism for anxious, perhaps near panic, selling behaviour]
“Sharp drops were perhaps reflective of overly exuberant and particularly aggressive listings.”
– Grant McDonald, deputy assessor for Sea to Sky region, G&M, 2 Jan 2013
[perversely, this phrase is reminiscent of ‘irrational exuberance’, the phrase famously used by Greenspan to describe speculative behaviour, now turned on its head here to describe selling, with the resultant implication that the selling is irrational]

“Priced Below Market” – [paradox; logical impossibility; concept of which is by definition lost on those who use the term]

“Real Estate Impotence” – [derogatory reference to hesitation on the part of a buyer to buy into a spec mania in RE]
“If you suffer from real estate impotence, don’t blame Chinese people. Besides, getting all worked up about it will only make it worse. Have a glass of wine. Relax. Stop feeling sorry for yourself and pick up the phone to call a realtor or a mortgage broker, either of whom will be more than happy to show you how easy it can be to get your real estate groove on.” – Cam Good, local real estate salesman, Vancouver Sun, 21 Apr 2011

“Repatriation” of money – [the idea that selling RE and then using the money to buy more RE is ‘repatriation’ of funds. Wholesome, patriotic; even charitable. Giving back.]
“..they’re selling their West-side homes and they’re repatriating that money to other jurisdictions, such as the Olympic Village.” and (later in same piece) “..that money is being repatriated down to help the kids..” – Bob Rennie, local condo marketer, CKNW radio interview, 16 Mar 2012

“Running Out Of Land” – [cornerstone myth]

“Sport“, as in “Real Estate is a Sport” – [.. and you’re a stick-in-the-mud, and a wuss, if you don’t play, or, if you take the consequences too seriously.]
“..look, at a certain level, in Vancouver, real estate is a sport.” – Bob Rennie, local condo marketer, CKNW radio interview, 16 Mar 2012
“Real estate is like a sport here.” – Tracie McTavish, president of Rennie Marketing Systems, Businessweek, 24 Jun 2010

“Testing the market” – [used to describe actions of seller who doesn’t accept realistic current market price of their home, in the certain hope that they’ll be able to sell for a higher price later]
related: “Why would anybody sell for lower prices?”

“Wait-and-see approach” – [euphemism for not buying]

“Wealth Train” – [as in, “Buy now, you have to get on the wealth train before it leaves the station”.]
“I have been living here for about 15 years now and just seeing prices triple or quadruple in some instances, in that time, and I just thought “Wow, I need to get on this wealth train”. – recent Vancouver homebuyer, on Rex Murphy’s cross-country checkup, CBC Radio, 28 Apr 2010
Related – “Buy now or be priced out forever”; “Priced out forever”.

“Unsexy” markets – [an unconscious attempt at delivering a sobering idea in a playful fashion, in the hope that it makes it somehow more palatable]
“We expect the market in Vancouver is going to be unsexy over the next year or so…” – Cameron Muir, BC Real Estate Association economist, 19 Dec 2012

“Vanhattan” – [ludicrous comparisons made between Vancouver and very large metropolitan hubs, such as NYC]
“Vanhattan – Vancouver The Next New York?” – ‘BC Homes Magazine’, Aug/Sep 2011 cover
related examples:
“In Yaletown, one of the boroughs within downtown Vancouver…” – Cameron McNeil, The National, 20 Sep 2012
Renaming neighbourhoods to suggest that Vancouver is like Manhattan: ‘SoMa’ (South Main), ‘East Village’ (Hastings-Sunrise)

“You Are Richer Than You Think” – [Scotiabank slogan (for how long will it remains so?); co-opted verbatim or in spirit by all those sitting on paper profits from Vancouver RE run-up; rationale for HELOCs]

More to follow; please submit examples (or elaborations on above entries)…