“I’d been brainwashed by this market into thinking that paying for a million-dollar home means getting a total dump” … “When housing is so unaffordable that you drive out people who hold up the fabric of society, what’s going to happen?”

“A family from England’s Midlands region arrived in Vancouver last July. The professional couple came here for work and set about looking for a house to purchase for their family of four.
After viewing a series of overpriced properties on the city’s east side, they plan to give it three more months. If they still can’t find anything, they consider Ontario.
K. Singh says her family lived well in England; both she and her husband make white-collar salaries. But in Vancouver, they have had to adjust their standard of living. Another family – friends of theirs who moved from England at the same time – have already returned.
“I had heard rumours. I wasn’t entirely surprised, but I was taken aback by the intensity of the situation, really,” Ms. Singh says. “I didn’t think it would be this bad. Some of our friends decided to go to Australia and they didn’t have the same battle.
“We are ordinary working people. All our taxes are paid – all kosher. When you do that, you don’t usually have a huge amount of money to begin with. We suffered a hit because of Brexit and the pound fell drastically.
“I worry about where society is going, because when it gets to that level [of unaffordability] and you drive out the people who hold up the fabric of society, what’s going to happen?”.
…
Ms. Singh says her family is too large for a condo and she has friends and family that want to visit from England, so she needs a house, but nothing fancy. She doesn’t think that’s a tall order.
“You’ve got two sets of people in this world,” she says. “There are the people who want to get what they can for themselves – nothing will ever be enough for them.
“I fall into the second bracket: you just want to pay the bills, have a bit for a rainy day, live comfortably with family, and have friends and family to come and stay.
“That’s not too much to ask, is it?”

Daina Lawrence found an east-side house for her young family after eight weeks of searching.
“After we went through the process, I realized that I’d been sort of brainwashed by this market into thinking that paying for a million-dollar home means getting a total dump,” Ms. Lawrence says. “I came to think of that as normal – which is brutal in hindsight.”

Stoking The Housing Boom – “B.C. should close the bare-trust loophole for owning properties. Former Liberal finance minister Mike de Jong promised to get rid of it, but he reneged.” 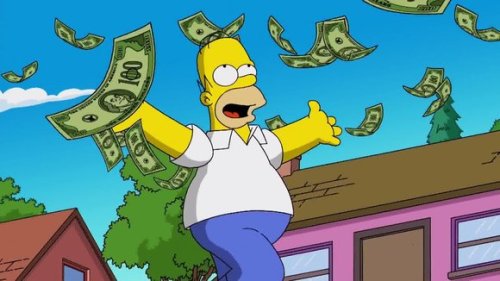 The phenomenal popularity of Canada’s new 10-year visas is a key factor behind the latest housing booms in Vancouver and Toronto, say immigration specialists.
“I often travel to China, where I see the great pride many take in investing their money in Canada” —­ particularly by taking advantage of 10-year visas to buy real estate, said George Lee, a Burnaby immigration lawyer.
In 2015, Canadian immigration officials issued 390,000 10-year, multiple-entry visas to residents of Mainland China, the largest cohort, with another 162,000 going to people from India.
The former Conservative government began offering the 10-year visas in February 2014. As a result, in that first year, the number of travel visas handed to Chinese nationals tripled to 337,000.
Lee says the visas, which allow people to travel freely to Canada each year and stay for at least six months at a time, have sparked an explosion in foreign travel and property speculation in Canada, particularly from China.
The multiple-entry visas have caused a migration “chain reaction,” Lee said, which often leads to international students becoming proxies for offshore real-estate investors.
…
Hyman is particularly concerned about how a diverse range of real-estate speculators in B.C. use various means to obscure the legal ownership of property.
A multiple-entry visa offers “many people exactly what they want,” said Hyman.
“They want to be seen as tourists. They want to be off the radar of the Canada Revenue Agency,” including by being able to claim they’re not residents of Canada for income tax purposes.
The multiple-entry visa gives wealthy foreign nationals increasing opportunities to use their low-income-earning offspring and others as proxies, sometimes called “nominees,” to buy Canadian property on their behalf, according to Lee and Hyman.
Many wealthy foreign nationals employ their international-student children as channels for investing in real estate, they say, noting there are 130,000 foreign students in B.C., 51,000 of whom are from Mainland China.
“Some people are transferring their wealth to their dependents and then relinquishing their permanent resident status in Canada. They’re applying instead for 10-year visitors’ visas,” Hyman said.
He is particularly aware of foreign nationals, as well as domestic Canadians, using “bare trusts” and other loopholes to purchase properties and avoid paying taxes in B.C.
His worries echo a Transparency International report that says stronger tax enforcement is desperately needed in Canada and especially for Metro Vancouver, where governments can’t identify the owners of almost half the region’s 100 most valuable homes.
“B.C. is losing tens of billions of dollars in unpaid taxes related to property,” said Hyman.
Too many dubious ways exist — the immigration lawyer said — for real estate investors to obscure their identities and avoid paying Canadian income taxes, B.C.’s 15-per cent foreign buyers tax, B.C.’s property transfer tax or capital gains tax on real-estate profits.
To combat exploitation of Metro Vancouver’s housing market, Hyman said, one of the first things the new NDP government of B.C. should do is close the bare-trust loophole for owning properties.
Former B.C. Liberal finance minister Mike de Jong promised in October, 2015, to get rid of the loophole, said Hymen, but he reneged.
The Ontario government is far ahead of B.C. on this regulation, Hyman said. It closed the loophole in 1983.

Housing accounted for the bulk of Canada’s economic growth last year. Brace for the end of the boom.

“Canada’s long housing boom has drawn thousands into the sector, from realtors and home stagers to construction workers, and a looming slowdown threatens to trigger an exodus that could wipe out many of those jobs and force the economy to shift down.

While housing has long been the main engine of Canadian growth, economists say a drop in home sales has already started to weigh on the economy and if price declines follow, consumer spending and jobs will suffer.

“To a lot of people, it is a get-rich-quick scheme,” Toronto realtor David Fleming said about the real estate market. “But history shows when the market turns, half of the agents leave.”

Realtors’ ranks in Canada’s largest city and hottest housing market have surged 77 percent since 2008 to more than 48,000 – nearly 10 times the pace of Canadian job growth. Nationwide, that number has risen 26.9 percent.

By comparison, there are over 13,500 realtors in Chicago, according to the Chicago Association of Realtors.

With Canadian home construction jobs rising at nearly the same pace as real estate jobs, housing has become the top driver of employment and economic growth, accounting for the bulk of Canada’s economic growth last year.

As the nearly one million housing sector jobs now far outstrip those in oil and gas extraction and mining combined and approach the size of the manufacturing sector, economists brace for a painful reckoning if the housing slowdown turns into a long correction.

More than half of the analysts polled by Reuters in May said a sharp housing correction was somewhat or very likely in Toronto and Vancouver, but unlikely nationally.

While most housing bears have been focusing on how much home prices could drop, economists are also trying to work out how badly a resulting decline in consumer spending and housing jobs could hurt the broad economy. …

Veteran realtors who have seen the industry swell with inexperienced agents have no doubts that a slowdown will decimate their ranks.

“It is definitely overpopulated,” said Shawn Zigelstein, a realtor in the York Region, north of Toronto. “A downturn will weed out of some of those agents who got into the business for the wrong reasons.”

Already, many realtors are struggling in the crowded market. Nearly half of Toronto’s licensed realtors did fewer than two deals last year, according to Brian Torry, general manager at Bosley Real Estate in Toronto. Less than a third did five or more transactions.

“It is a tough industry to break into,” said Jared Gardner, 38, who got his real estate license last year and works in the Toronto area.

Fleming believes many agents are already making less than minimum wage once license, membership and brokerage fees are paid, and it can only get tougher if sales continue to dry up.”

Mispricing of risk (too cheap money) has caused severe misallocation of resources, with speculators chasing hot sectors and being rewarded for risky behaviour. This has resulted in a ballooning of RE and related activities. Our economy has become overdependent on a concentration of activity, in an unsustainable fashion.
This phenomenon has been clear to some people for many years, yet it has been allowed to continue, encouraged even, because those with any control over monetary policy, the importing of money, or mortgage rates suffer conflicts of interest. The herd has been encouraged to run faster and faster, in one direction, and the imbalance has become more and more extreme.
This will all end. Laws of physics apply here as much as laws of economics – Canada can’t become a giant perpetual motion machine, with most of us doing nothing but selling houses to each other. Once the superficially ‘virtuous’ cycle, fueled by speculation, turns in the opposite direction, and becomes ‘vicious’, this sector collapse, and there will be all sorts of knock-on effects.
There will be great damage, but there will be good consequences, too:
The seemingly intractable housing ‘crisis’, that we now hear about constantly, will greatly benefit from a crash in prices. Housing that is priced close to those prices determined by fundamentals (the actual utility of the property) is healthy for an economy and a society.
– vreaa