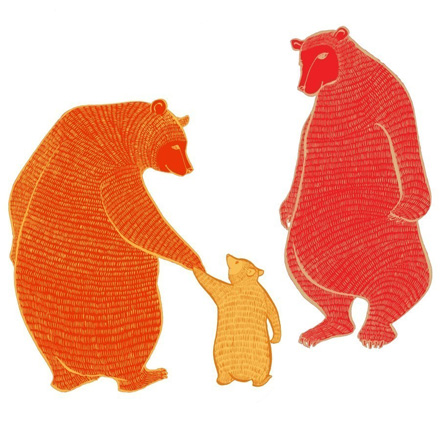 “I never did give anybody hell. I just told the truth and they thought it was hell.” – Harry S. Truman

All the very best for the festive season to all readers, and wishing you all a fine, peaceful 2013.
Regular readers know that we foresee challenging times ahead for the Vancouver RE market. This opinion is not a wish, it is simply the result of an analysis of all the available evidence. And it is most definitely not to be confused with a desire for bad things to befall anyone in our community.
The speculative mania in housing (2003-2012) has been detrimental to Vancouver. It has misallocated human and financial capital, and distorted the economy of the city. It has inconvenienced many, and, unfortunately, in the end, it will have financially and psychologically hobbled a good number of citizens. This outcome is inevitable. Again, please don’t confuse this observation with a wish, it is simply part and parcel of a spec mania: a messy resolution has been ‘baked in’ since prices hit the afterburners in the mid 2000’s. When asset prices are artificially inflated by a chain of ever increasing debt-financed transactions, there will always be a large group left ‘holding the bag’ when it all runs out of oxygen.
There is, unfortunately, no other way things can resolve, and nothing that can be done to significantly ameliorate the bubble’s consequences. It is too late for that. The problem was letting it develop in the first place; and not allowing it to unwind earlier.
Anybody who is wishing for soft-landings, or hoping that some form of kindness will somehow allow for a resolution that involves no damage, needs to answer this question: Who do I expect to do the buying that will let everybody down gently? Who do I expect to step in now, borrow (or ‘donate’) large sums of money, and agree to purchase properties that are still woefully above their fundamental values? (and thus exposing themselves to very large losses ahead). Who do you suggest should be the sacrificial lambs?
Those wishing for fantasy bullish, Pollyanna-ish outcomes may be well-meaning, but they are simply ignorant of bubble market dynamics. You can’t simply call the game off and hope that everybody wins; it doesn’t work like that after years of ever-increasing over-extension.
All that said and done, we hope that readers fare as well as possible. All citizens, owners or not, will feel some of the economic effects of a RE downturn. Non-owners will suffer less direct personal impact, and there are a good number of owners who will survive the RE bear market with just a scratch or two. We are most concerned about modest net-worth households who have almost all of their savings in their homes; often with leverage. We know it is a painful fact that they can’t all get out ‘whole’, but we fear for them nonetheless. Particularly vulnerable are those close to retirement who are relying on the value of their homes for a comfortable future.
We hope that Vancouver can find a way to make the transition from overvalued market to a fairly, and sustainably, valued market with as little damage, and as peaceably, as possible. In fact, for us, the ‘peace’ bit is paramount. Economic stress puts groups at risk of highly-charged fractures, and we sincerely hope that as a large and diverse group we’ll be able to avoid scapegoating, in-fighting, and division.
So, to emphasize: Bears care, too. They may come across as grumpy and (per force) contrarian, but they care as much for family, friends, neighbours, and fellow citizens as anybody else. Sure, the occasional bearish commenter will express the opinion that they will gain pleasure from the losses of speculators, but this is far from the commonest position. The very few Vancouverites who have seen this speculative mania for what it is most commonly express genuine concerns about the potential consequences for themselves, their families, and their fellow citizens.
– vreaa

“I conceive that the great part of the miseries of mankind are brought upon them by false estimates they have made of the value of things.” – Benjamin Franklin

“I think you’ll need another sidebar category to capture the mounting “why do you hate families/wish misery on others?” accusations that are going to come in increasing numbers. Long time bulls – and new visitors to this site – may trot that one out more and more, accusing you and posters here of schadenfreude, hating home “owners”, etc. Even if it doesn’t happen here, mind-bending statements in this vein will increasingly pop up elsewhere and be worth collecting. May I humbly suggest a sidebar icon with a picture of Helen Lovejoy and the words “won’t someone PLEASE think of the children?!?” to link to the post you ultimately create addressing this topic?
Past even-handedness will matter little to desperate people who will misinterpret many sentiments expressed here. The archive will be useful to a subset of these people who are willing to be taught the historical mechanics driving this bubble.”
– paraphrasing of Royce McCutcheon at VREAA 17 Sep 2012 8:50am [We’ll call such a sidebar ‘Bears Care, Too’ -ed.]

This entry was posted in 11. Regrets about Investing in RE, 12. Effects of Development, 14. Social Effects of the Boom and tagged Anecdotes, Bears, British Columbia, Bubble, Bulls, Canada, Debt, Housing, Real Estate, Sentiment, Vancouver. Bookmark the permalink.