Information From Outside The Vancouver RE Bubble – U.S. Senator Lives In (don’t laugh) $500K Home 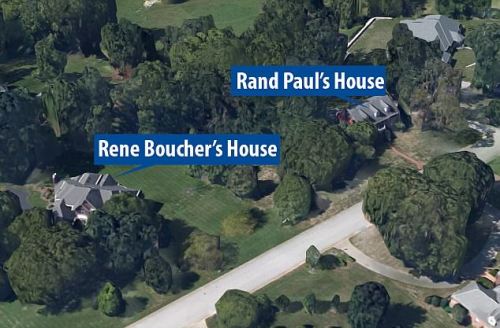 The story ‘Rand Paul is tackled from behind and ATTACKED by his Democrat-voting doctor neighbor while mowing the lawn at his home in exclusive Kentucky gated community’ [Daily Mail, 4 Nov 2017] is weird from a number of perspectives, but, viewing it from the epicentre of the Vancouver RE cult, one truly bizarre piece of info leaped out at us… Rand Paul is a US senator, and his “exclusive Kentucky gated community home” (photo above) “is worth around $500,000”. Surely this cannot be correct! Somebody must have dropped a zero. Embarrassing.

42 responses to “Information From Outside The Vancouver RE Bubble – U.S. Senator Lives In (don’t laugh) $500K Home”