“I analyze real estate for a living. Prices stopped making sense to me over 5 years ago. Imagine how it feels for me to have been telling people “bad idea” in 2005/2006 given what the market has done since then.” 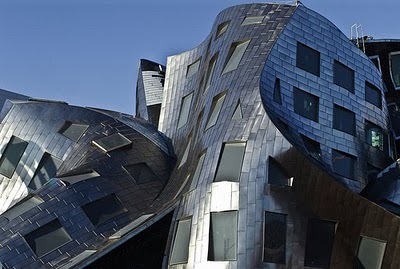 Like this poster, we probably would have shorted Vancouver RE some time ago, if that was readily possible. Lucky for all the bears, it wasn’t.  -vreaa

“I am one of the rare people for whom a sharp market correction will be a double edged sword. I have had a liquid financial position for several years, waiting for prices to make some type of sense to me. On the other hand, I have no delusions and know for certain that the irrational market such as exists currently in Vancouver and surrounding areas has positively impacted on my personal income. I am man enough to say that if Vancouver real estate was a financial instrument I could have bet against, I would be absolutely busted out, bankrupt and finished by now. Prices stopped making sense to me over 5 years ago. I analyze real estate for a living.. imagine how it feels for me to have been telling people “bad idea” in 2005/2006 given what the market has done since then.

Perception becomes reality and the current perception still has an irrationally positive outlook. So although I believe that prices must eventually trend lower so that some semblance of a logical relationship between rents and incomes is re-established, I would not be surprised if it took longer than what many are predicting. What will really be interesting is when the popular consensus shifts from the current paper gain induced euphoric mania nurtured by every real estate pimp to a more realistic perspective. Something along the lines of “holy fuck I owe the bank 650k and the house across the street just sold for 500k”. That is when I will be throwing my parties…. because I am sick like that. Listings are great but foreclosures, insolvency, and the complete financial ruination of “investors” are what will have me partying like there is no tomorrow.”

Posted in 02. Profiting from the Boom, 09. Delaying Buying

“Last night “it” happened to me. Out at dinner with several sensible, professional, well-paid collegues. Conversation drifted to RE and house prices…”

“Last night “it” happened to me. Out at dinner with several sensible professional well-paid collegues. Conversation eventually drifted to RE and house prices. Some owners beaming with delight that their east van property was worth 1mil, others sheepishly lamenting that they could never afford to enter the market at today’s prices. Me saying it will crash hard, don’t worry. Then word-for-word the arguments in earnest 1. It’s different here, 2. They’re not making any more land, 3. everyone want’s to come here 4. it will never go down. I wouldna’ believed it if I had not heard it.”

Posted in 01. He Said, She Said, 14. Social Effects of the Boom, 15. Misallocation of Resources

“Today I saw someone had posted a home made poster on a telephone pole on Denman street that loudly proclaimed that the real-estate bubble was going to pop in Vancouver.”

“Today I saw someone had posted a home made poster on a telephone pole on Denman street that loudly proclaimed that the real-estate bubble was going to pop in Vancouver. It gave a few reasons why like growing inventory and a few others. Didn’t pay too much attention being a bit behind getting to work already.”

“I know many never calculate actual profit/loss when figuring out if they made a profit on flipping their home, it’s easier for them not to. I knew one guy who sold his place and told me he made $24,000 on it. I asked him how much he paid in interest alone, just interest. He didn’t want to talk about it. I made him sit down and calculate it and it turned out what he thought was a $24,000 gain was a $16,000 net loss, ignoring insurance, property taxes etc.. just on interest (carrying costs). As an investment… he didn’t do so well.”

Posted in 02. Profiting from the Boom, 11. Regrets about Investing in RE

“It is not just the Chinese doing the speculative buying, I know of Whites, Indians, Filipinos, Koreans and other races doing the same thing. Flipping houses using borrowed money and living a materialistic life with fancy cars, bags etc.”

We agree with this poster’s sentiments; the bubble has not been inflated by any particular ethnic group. Members of each and every Vancouver population group have been participating. Everybody’s hustling for a buck and a dime: It’s human nature that does it, not any particular cultural effect. We also agree that “it is just a question of how soon and how fast” this all ends. It’s a pity that the city is losing another sensible soul. -vreaa

“I understand the frustration of some bears seeing housing prices go up due to massive speculative buying by Chinese. But it is not just the Chinese doing that. I know of whites, Indians, filipinos, Koreans and other races doing the same thing, flipping houses using borrowed money and living a materialistic life with fancy cars, bags etc. Anyway, their flipping days are numbered especially here in Vancouver. It is just a question of how soon and how fast.
As for me, I am moving to Toronto for good this year where I can buy an almost new detached/semi-detached house in Markham or Richmond Hill for the price of a small 1200 sq ft townhouse in Burnaby or Richmond. No reason to stay in overpriced Vancouver.”

Posted in 05. Where do Buyers get the money?, 07. Avoiding Vancouver, 08. Overextended Buyers, 14. Social Effects of the Boom

Profile of a Recent First Time Buyer – “About a month ago I became a first time homebuyer in Vancouver. I have been living here for about 15 years, and seeing prices triple, or quadruple in some instances, and I just thought “Wow, I need to get on this wealth train”. 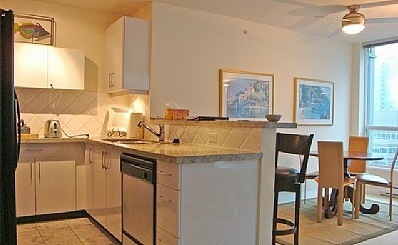 This anecdote is extracted from a telephone interview between CBC Cross Country Checkup host Rex Murphy, and a caller from Vancouver named Steve Zimbalatti, 25 Apr 2010, during a program on debt called ‘Living Beyong Our Means’. The segment occurs at the start of the second hour of the show. The whole segment is transcribed here. Thanks to AnonymousAA at vancouvercondo.info 25 Apr 2010 3:17 pm for first alerting us to this story. –

“About a month ago I became a first time homebuyer in Vancouver. I had been a renter and I had money in the bank and quite a bit of freedom actually. It was very liberating the way I was living and a lot of my friends, I think, were perhaps envious of the fact that I wasn’t tied down by debt. I sort of got into that situation by learning my lessons the hard way. As a student in college I got one of those credit cards that you are allowed to sign up for in the foyer and I thought “Wow, this is great. I’m a grown up now, I can take on some debt.” But I just couldn’t manage it. I maxed it out almost right away. I couldn’t really manage the debt, and it gave me a poor credit rating. I did not pay the bills on time and I just thought “Well this is enough of this, I am never taking on debt again”.

So, from that point forward, I was just living pay cheque to pay cheque, able to squirrel a little bit away every time and build up a little nest egg but I was thinking, here in Vancouver, I am watching all this wealth go by in this housing market. I have been living here for about 15 years now and just seeing prices triple or quadruple in some instances, in that time, and I just thought “Wow, I need to get on this wealth train”. So my partner and I decided that it was time to buy and, you know, if we are going to be here in Vancouver, working here in Vancouver, we might as well own something.

So, we bought last month [March 2010]. We just thought it was an astronomical amount of money that we are paying for this little box in a building in the sky and we just thought “Wow, this is crazy because, we’re grown up, we watched our parents pay $12,000, maybe $20,000, for a house and all of a sudden we are paying $350,000 for a tiny box in the sky. And to get anything in the City of Vancouver at that price, you have to compromise. You might not be able to live in the part of town that you want to live in. But we are very, very happy, actually, with what we’ve got, and we think it was, you know, a spot where we can make a good home.

[Rex Murphy: So do you feel now any less free than you did before?]
Absolutely. We find it very confining. You know, we never used to sort of care about the goings on in government or the world of finance or anything now we’re watching the news every day to see what going to happen to the interest rate, or “do we lock in now?”. You know, we got almost free money in a way. When we tell people that we’re got a mortgage rate of 1.95% interest, my parents’ jaws drop. They used to pay 18% or 20% to service their mortgage, and now it is just like its unbelievable to them. You know I think wealth in a lot of ways these days has been transferred sort of to real estate and it seems to be, you know, by design if you ask me. If you look at say wealth, and where most of the money was 25-30 years ago, most of it was in the stock and bond market. Now for Canadian wealth it is in real estate.

Regarding our debt situation, it is not a worry in the sense that we don’t have it under control but we do find it, you know, I don’t want to say “crushing” because, like I say we are quite happy where we are but we do find it is less liberating, we might not be able to take the vacations we want which was great in the past. Yeah it is just, you know, it is a whole new ball of wax.”

Posted in 06. Held my Nose and Leapt, 08. Overextended Buyers, 14. Social Effects of the Boom, 15. Misallocation of Resources

“I’ve been monitoring Fort Langley over the past six years. It’s been relatively stable listings-wise until last week. The listings have skyrocketed, and in the last few days the hot sheets are showing a huge increase in the number of price reductions.”

“I’ve been monitoring a small area called Fort Langley in BC over the past six years, as a local realtor there sends me the hot sheets and the weekly stats. It’s been relatively stable listings wise until last week. The listings have skyrocketed, and in the last few days the hot sheets are showing a huge increase in the number of price reductions. But, the price reductions are really small, a drop of $10,000 on a $600,000 house doesn’t really excite anyone does it? It does mean though that the real estate agents are now seeing the writing on the wall. It seems price reductions on existing listings are the norm.”