“I’m sorry, Sir, you must be mistaken… the CMHC NEVER allows GDS ratios above 32 per cent.” 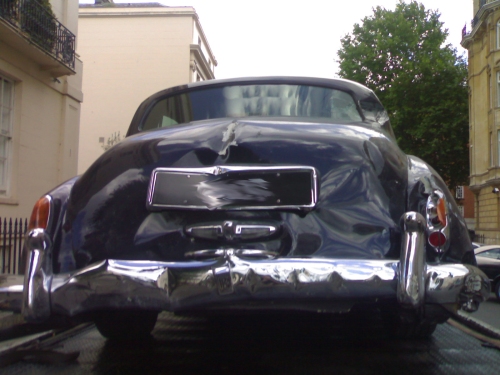 Jsan at greaterfool.ca 4 Dec 2010 12:33am cites the response they got to an e-mail sent to the CMHC describing a single mom on a $64K pa salary who had taken out a $695K mortgage on a $725K home in New Westminister [as described in whispersfromtheedgeoftherainforest.blogspot.com 15 May 2010] –
“When assessing a mortgage applicant’s ability to pay, a calculation known as the Gross Debt Service (GDS) ratio is used. This is the percentage of gross income required to cover the mortgage payments (principal and interest, based on the qualifying interest rate explained above), heating expenses, property taxes and (where applicable) 50 per cent of condo fees. CMHC mortgage loan insurance is not normally available when a prospective borrower has a GDS ratio above 32 per cent.
The blog post that you referenced in your correspondence claims CMHC has insured a $695,000 loan for a single individual who has an income of $64,000. This would result in a GDS ratio far in excess of the maximum that CMHC can accept. Unless there are extenuating circumstances, such as a family member helping the borrower with the mortgage payments, this situation is highly unlikely.”

This reminds us of a kind of perverse and reverse version of the apocryphal story from about three or four decades ago, of the Rolls-Royce that broke an axel in the Spanish Pyrenees. The tale goes that Rolls-Royce flew in mechanics and repaired the car at great expense to themselves. A few weeks later, when the owner, back in London,  enquired about why he hadn’t yet been sent a bill, he was told: “I’m sorry, Sir, you must be mistaken… Rolls-Royce axels never break.”
So, now, Vancouver 2010, despite overwhelming evidence to the contrary, Jsan is told: “I’m sorry, Sir, you must be mistaken… the CMHC never allows GDS ratios above 32 per cent.”
-vreaa

[PS: Isn’t the internet a thing of remarkable beauty? After writing the above based on vague memories of a story heard years ago, I googled ‘Rolls-Royce axels never break’ and the very first hit was to this discussion of the urban legend: ‘Buttered Rolls’ at snopes.com. ]

5 responses to ““I’m sorry, Sir, you must be mistaken… the CMHC NEVER allows GDS ratios above 32 per cent.””