The Stigma Of Renting In Vancouver – “Oh no, we would never rent” 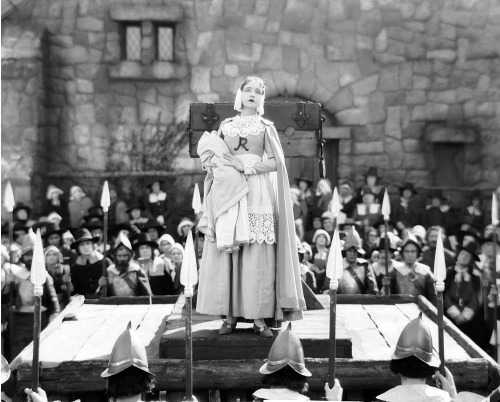 About 70% of Vancouverites live in homes they own. The rest rent. Some rent out of necessity, some by choice. Through the 2001-2010 housing boom, the growth in net-worth of home owners has outstripped that of renters by a wide margin. Only very, very few renters would have been able to keep up with the paper-wealth gains made by owners through these years. With stock markets essentially flat through the decade, they would have had to have been remarkably talented, brave, and fortunate stock speculators to have matched REs returns. This effect is exaggerated further because the substantial leverage inherent in RE purchases works extremely well in RE bull markets. Thus it’s clear that homeowners have done far, far better than renters. There are a handful of wealthier individuals here who still choose to rent, but, despite them, renting has become broadly socially synonymous with being relatively impoverished and disenfranchised.

Even though rent-versus-purchase math has long worked strongly in favour of renters, even moreso in the last few years, renters are not looked upon as fiscally wise and prudent, but rather as disadvantaged and unfortunate. This is not to say that this is fair, or right, it simply is the truth of what has happened here through the bubble. A renter confessing to renting in company not uncommonly gets responses ranging from pained grimaces, to condolences, to pity, to thinly veiled scorn. And renters can only imagine the opinions expressed when they are out of earshot.

Yes, there are places in the world where renting is the norm. And, yes, many of the superficially wealthy Vancouver owners have abused their RE-ATMs and have large invisible debt loads. But the fact of the matter remains that renters are seen as relatively disadvantaged compared to their owner peers.

Recently there have been quite a number of stories of people deciding to leave Vancouver because they see no prospect of ever being able to afford to buy a home here. Whenever such stories appear on these pages, or on other Vancouver RE blogs, there are always a few well meaning and sincere commenters who appropriately point out that renting in Vancouver really isn’t that much more expensive than elsewhere, that it’s just owning here that is so overpriced. We agree with this analysis, and from the numbers’ perspective it is entirely correct. But we also note that the ‘social cost’ of renting in Vancouver has arguably increased as this bubble has inflated, for the very reasons described above. It is socially seen as less desirable to be a renter now than it was ten years ago. Many individuals, couples, and families avoiding Vancouver in favour of places where RE is more reasonably priced are doing so partly because they can’t imagine living here as socio-economic second-class citizens, indefinitely.

A sordid and sorry truth is that through the Vancouver bubble there has been a considerable and growing social stigma attached to being a renter. This is just one of the many perverse and far-reaching social effects at play in this RE bubble. Any regular reader of these pages knows that we foresee a price collapse in the RE market. Inventory is climbing, sales are below average, and we believe that the price retreat has begun. As home prices descend, we will initially enter a period where renting is seen as a viable option, later as a wise option, and eventually homes will return to  being seen as shelter rather than wealth accumulation vehicles. Renting will become respectable again. -vreaa

“I had a strange encounter the other day. I meet a woman who has to relocate for family reasons and so is selling her house. I suggested that that might be a good thing as house prices looked like they were going to go down. She volunteered that she thought house prices would go down about 30%. Thinking that she was of the same opinion as I, I told her that we had sold and were going to rent and that she should rent too. Her reply was “Oh no, we would never rent”. I really didn’t know what to say. This woman’s house is worth about $600k so a drop of 30% is $180,000. Assuming that she buys another house of a similar price, she would rather consciously lose $180k than be a renter!”

UPDATE: One doesn’t have to look too far to find evidence for the prevalence of this way of thinking. This from an article in the Vancouver Sun [26 May 2010] on the low demand for market rental suites set aside for front-line workers at the Olympic Village. – “Gord Ditchburn, president of the Vancouver Firefighters Union, told The Sun one reason there may not be more names on the list is that most firefighters are already established in their own homes by the time they are hired, at an average age of between 29 and 30 years old. “Most of our guys want to own, not rent,” Ditchburn said. “I think that’s the Canadian dream.”

UPDATE 2: Further regarding the sentiment associated with renting – “I’m a mortgage broker and I can tell you that almost nobody who owns goes back to renting. Most people perceive that as a total regression.” – headlined at VREAA 19 June 2010

UPDATE 3: A discussion regarding buying versus renting from vancouvercondo.info archived at VREAA 13 Nov 2010 – “I am thick-skinned enough to deal with the social pariah status of being a mere renter. A lot of people here believe that responsible adulthood includes home ownership, so if you don’t own, you somehow don’t make the cut.”

TPFKAA on Renting – “It was as though ‘renters’ were another species, quite distinct from their human, homeowning neighbours.” [at VREAA, 27 Dec 2010]

Landlord Mentality – “I expect my tenants to subsidize my speculative bet on Vancouver RE prices” [at VREAA, 7 May 2011]

Joanna Pachter, Canadian Business – “This is not yet another story about the real estate bubble. It’s a story about why more of us don’t rent.” [VREAA, 18 July 2011]

A request to readers from a producer at ‘The Early Edition’, CBC Radio 1, to hear from people who have personally experienced any stigma regarding being renters in our city, resulted in a discussion of whether such a stigma even exists. [VREAA, 19 Aug 2011]

36 responses to “The Stigma Of Renting In Vancouver – “Oh no, we would never rent””