Songs. Buildings. Food. Books. Houses. People. When we lose respect for things, our respect for each other is in jeopardy. During booms we see flagrant examples of misallocation of resources. Easy money fosters and rewards the ‘fast-and-loose’ mindset. People spend and destroy in ways that they wouldn’t during more measured, prudent, and thoughtful times. Individuals who would usually be careful may be lured into taking on debt, and spending, in ways that would be unimaginable for them under more typical market conditions. The result is wasted resources; both material and human. Can we be mindful users? -vreaa 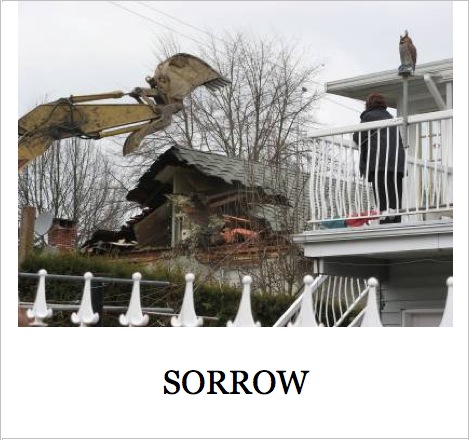 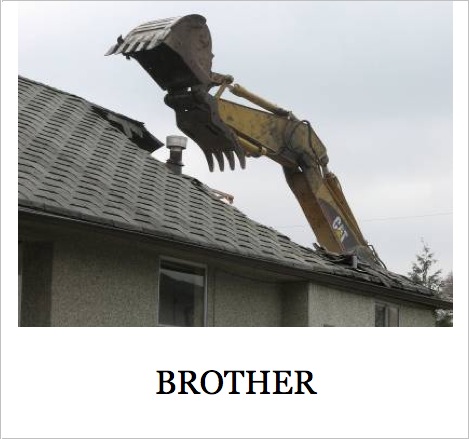 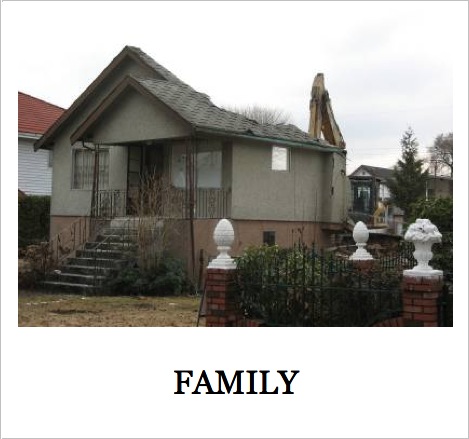 No, the house depicted above is not that which belongs to Froogle Scott, but it is in his neighbourhood, and was demolished at the same time that he and his wife were undertaking major renovations on their East Vancouver house.

Next week, in episode 5 of our series, Froogle Scott will look at how the eight-year real estate boom in Vancouver, and the associated renovation and construction mania, have changed the face of his neighbourhood. This week, he offers the above photo-montage as a prelude to next week’s story. Click on the images for full size photos.

2 responses to “The Froogle Scott Chronicles: Mortgaging Our Souls In Paradise – Part 4: Raise or Raze — Prelude”